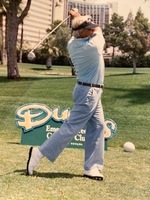 Moises David was the youngest born of Victor David and Teodora Castro from the Barrio Saint Nicolas Balas in the Republic of the Philippines. He was born on 9 March 1931 and upon his passing on 15 Jan 2021 was reunited with his eldest son Tony (Tuna) who had preceded him just six months prior, and with his eight siblings: Jose, Francisco, Zoila, Florencio, Olimpio, Rosalina, Consolacion, and Gregorio.

Moises graduated high school in the nearby town of Bamban, Tarlac. He joined the Philippine National Army as a teen and when given the opportunity, applied and was accepted into the United States Navy. His proficient skills in shorthand provided the opportunity to be one of the first foreign nationals to be promoted outside of the stewardship rating. His successful career in the Navy spanned 20 years, during which time he met, courted, and married Ms. Shizue “Rusty” Okamoto of Seabrook, NJ while stationed in New York City.

Through his lifetime Moises was known and referred to as Dave, Uncle, Lolo, Dad, and officially as Michael (Mike). He later added titles of Chief and Inspector upon his advancement to Yeoman Chief Petty Officer and subsequently as a Customs Inspector with the United States Border and Customs Agency.

Mike’s passions included the many celebrations where four generations of his family would gather for fantastic food and fun, aka Mahjong! His other passion was to the game of Golf, where he enjoyed both watching and playing. He found it most rewarding in teaching and having both his sons join him on the course. He expanded the love of the game to his community and was one of the founding “Golfinos” of the Filipino-American (FIL-AM) Golf Association of San Diego.

All rights reserved. This obituary is also archived at obittree.com